The Gleneagle Concert Band is a well established community band dedicated to musical excellence. The band was formed in 1981 by the late Maurice O’ Donoghue of the Gleneagle Hotel and includes a range of brass and woodwind instruments such as the clarinet, flute, oboe, saxophone, french horn, trombone, trumpet, basses and percussion. The Killarney based band play music to suit every occasion such as military, ceremonial, classical, theme tunes, music from shows, rock, jazz etc.

The band regularly performs in various community settings and parades in Killarney, Kenmare, Tralee, Castlegregory and Milltown as well as collaboration concerts with other artistic groups. The Gleneagle Concert Band has given television and radio broadcasts over the past 30 years and also has been proud ambassadors for Killarney on foreign tours to Germany in 1989, Austria in 2001 and Paris in 2007.

In 2011 the band celebrated its 30th anniversary and in August 2013 embarked on a tour to Lisbon and performed two concerts in the Portuguese capital under the baton of band conductor Vincent Condon. The Gleneagle Concert Band has approximately forty two members in the senior band and rehearses on Tuesday evenings at St. Oliver’s National School in Killarney. 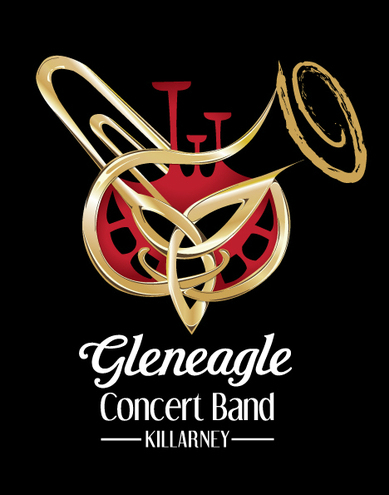 The Gleneagle School of Music has a proven track record in music education as a centre of excellence and provides a complete music education service including instrumental lessons, theory classes and a first class ensemble training programme through the Gleneagle Concert Band. Tuition is provided on clarinet, flute, saxophone, trumpet, trombone, french horn, euphonium, bass, percussion. All brass and woodwind instruments are provided free of charge to students through the band instrument loan scheme.

The school’s teaching staff are professionally qualified specialised music teachers from the Cork School of Music and Kerry with extensive international teaching and performance experience. Over the past 30 years the Gleneagle School of Music has guided hundreds of students through instrumental and theory grade exams held by internationally recognised examination boards such as – Trinity College of Music London, Associated Board of the Royal Schools of Music and the Royal Irish Academy of Music.