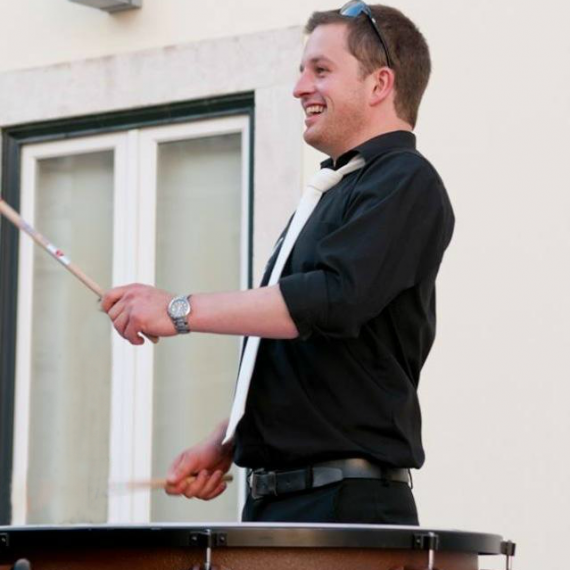 Ciaran Lynch is a native of Killarney and is Band Manager and Percussion Teacher for The Gleneagle Concert Band and School of Music. He has been playing music across Ireland and further afield for over 20 years. While principally a percussionist, he is also accomplished on flute, saxophone and piano. Performing mainly with the Gleneagle Concert Band in Killarney, he also appears regularly as guest percussionist with The Blarney Brass & Reed Band, The Clonakilty Brass Band and The Irish Ravens Marching Showband. Ciaran has toured Austria, France, Portugal and Holland with various musical groups. Ciaran was excited to be invited to partake in the inaugural performance of the Irish Symphonic Wind Orchestra in January 2014, and reprised his role for performances in September 2014 for Limerick’s City of Culture. In 2015 he was promoted to section leader of the Irish Symphonic Wind Orchestra. He is also section leader of the Ireland Ravens Marching Show Band who performed as half-time entertainment in the 2015 All-Ireland Football Semi-Final between Dublin and Mayo in front of an 82,300 capacity crowd in Croke Park. He also performed in front of crowds of over 30,000 at the Annual Belfast Tattoo Marching Band Festival in the SSE Arena in Belfast in September 2015.